This letter is to me and all the rest of us who brush off our mother’s priceless sayings as silly groupings of words that don’t really mean that much. Oh, they really do mean a lot, and I continue to learn that as the days go by. I wish the same for you: 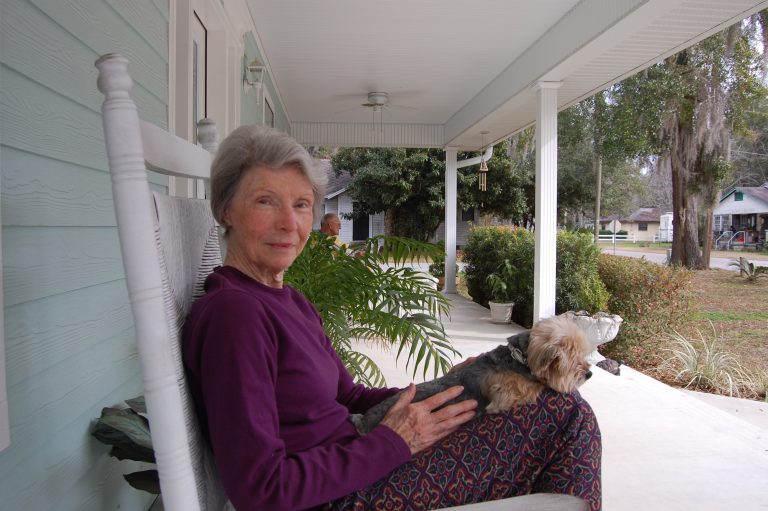 My Mom Talks in Southern Sayings

I do believe my mother has a saying for just about everything. They were sent my way from the time I was old enough to listen. There are ‘a blue million of them,’ which is the way Mom refers to an overabundant supply of anything. My all-time favorite? ‘I’m so tired, my eyes feel like two burnt holes in a blanket.’ On days when I’m worn out and wonder where I’ll find the energy to rise again, I hear her saying that. It makes me smile, and it helps me get up.

It has taken decades for me to know that most of Mom’s sayings are not just sentimental sentences that take up verbal space. They are her core philosophies of how to live. Hurled my way often enough, they might eventually stick and shape me into the woman she hoped I would be.

While some of Mom’s sayings were cute, several used to irritate the heck out of me. When I was in my teens, I helped Mom cook dinner so I would learn how to do the same. As she worked, she called out food items she needed for what she was stirring up. Her voice made it plain my job was to track down the ingredient and not to take all day. It seems to me every meal-preparing encounter included that dreaded moment when I could not find what she wanted. I knew it was there. My eyes bored into the designated location, but ‘try for the life of me,’ I could not see it. Mom would walk over to where I stood rooted to the terrazzo floors. Reaching in exactly where I’d been looking, she would grab it. As she returned to her countertop, Mom delivered the same line. I, of course, knew it was coming. “Pammy, if it’d been a snake, it woulda bit ya.”

At the time, it seemed like Mom used humor so I wouldn’t feel so bad about my inadequate observatory powers. What I understand now is that Mom used the opportunity to teach me something. Often, things we cannot see are right in front of us. Some of us stand too close, even when what we can’t find is literally staring back at us. What Mom taught me in her way was the value of stepping back and finding a different perspective.

Another least favorite of Mom’s sayings was one I heard most often. I was quiet and shy, prone to hang back and not speak up. If asking with confidence for something was required, there were two chances I’d do it. Mom would watch me, and then she would speak. On these occasions, I knew that – ‘beyond a shadow of a doubt’ — I would be told, “Pammy, the squeaky wheel gets the grease.”

I was so uncomfortable hearing that. It seemed to me Mom was unaware of the pain of an innately shy human being – that she wanted me to snap out of it and be a go-getter — somebody I wasn’t. What I understand now is that she knew very clearly who her daughter was. But also knew her child would suffer from the introversion she was born with. If Mom had told me to ‘go forth and conquer,’ I would have found a place to hide. Telling me to squeak seemed safe. In the years since, I still hang back sometimes. But often, I squeak with the best of ‘em.

One of mom’s sayings that sounded the silliest was perhaps the most brilliant of all. If I tried to do something and wasn’t succeeding, Mom would say, “Pammy, you’re just not holdin’ your mouth right.” I always laughed at this clearly hilarious thought. Logically, what could the position of your mouth have to do with school work or home projects or anything other than a visit to the dentist? As I look back, Mom was showing me the ultimate power of recognizing my pivotal role in the outcome of anything I attempt. Rather than place blame on others for lack of success, she taught me to figure out what I can do to change outcomes. She was right. I can always find a way to adjust my actions to make a difference. Often, it’s not as simple as the way I hold my mouth. But sometimes, it is.

Okay, Mom. I am getting it.

From Mom, I learned that “imitation is the sincerest form of flattery.” You might assume she meant copying was okay, but that’s not it at all. There is always someone who has tackled whatever we face before we do. Very likely, he or she came up with ideas about the challenges that now tower over us. Mom showed me that looking first at what others have already done can inspire me to find solutions that are new and my own.

Many of Mom’s sayings were obvious, and I understood them clearly ‘from the get-go.’ “If what you’re doing isn’t working, change it.” And conversely, “If it ain’t broke, don’t fix it.” There was the comforting reminder not to be hard on myself as time passes. “Pammy, you’re not a spring chicken anymore.”

The most difficult times in my life were sometimes brought on by my choices. Sometimes they just happened. Either way, Mom was there to remind me, “Pammy, shake the dust from your feet.” She was so right about not looking back and moving on. As the years went by, she didn’t have to complete the whole sentence. It became, “Pammy, shake the dust.” And that was enough.

My Mom’s Most Precious Gift.

I hold my mother’s sayings tightly in my deepest places. I pull them out when I need them and repeat them firmly with enthusiasm. Sometimes they pop up in my head all on their own, and I enjoy hearing them. The voice, then, is my mom’s. As I mentally file through all the sayings, it occurs to me that not one of them is particularly suited to help me deal with the unacceptable loss when she leaves this world. Maybe Mom has one more for me. Or not. Maybe what she has sent me is enough. I have a sweet suspicion her sayings will always be with me. I believe that means she will, too.